When you book with an account, you will be able to track your payment status, track the confirmation and you can also rate the tour after you finished the tour.
Sign Up

Or Continue As Guest

When you book with an account, you will be able to track your payment status, track the confirmation and you can also rate the tour after you finished the tour.
Sign Up
24

Why Book With Us?

The Pyrenees ski touring is combination Mediterranean flair  and peaks up to over 3,000 m, Spanish hospitality and local culinary specialties. We will spend this ski touring week in two regions. The first three days in a high valley in northern Catalonia around the town of La Vall de Boi. And then we continue north-west to Benasque, where we will climb the highest peak of the Pyrenees, the 3,404m high Pico Aneto.

The Pico de Aneto is very popular as a ski tour because it is the highest peak in the Pyrenees. But it is the high-altitude ski tour wich leads over moderately steep slopes and finally over an exposed rock ridge to the sumit. The last few meters to the summit over the rock ridge (II) make the tour an alpine adventure. And the ski descent over the wide, never-ending slopes on the northeast side is unique!

If, after the first days of skiing, the ascent of Pico Aneto proves to be too demanding for us, we have great alternatives here. There are many ski peaks with an altitude of about 3000 m around us.

The Pyrenees National Park is one of the six national parks in France. It stretches for 100 km and runs along the French-Spanish border. The highest peak in the park measures 3404 m high Pico de Aneto. It is also distinguished by considerable diversity, as some of the peaks in the park are limestone, some are conglomerate, and most are granite. Due to the harsher climate and older rocks, the peaks are not sharp, it is quite flat and smoothed by abundant rainfall, among them stretch long valleys full of granite boulders and lakes: the park has 230 high-altitude lakes. The area also has beautiful spruce forests and glacial waterfalls.

In Vall de Boi we look for the most beautiful ski tour destinations in the region and indulge ourselves with culinary delights in the evening. After 3 days of skiing transfer to Benasque (one hour drive)

The highest peak in the Pyrenees, the 3,404 m high Pic Aneto, is our goal in these two days. Ascent and ski descent from it.  Depending on the conditions and fitness, we use the Refugio de Renclusa as accommodation on the mountain, or climb the summit directly from the valley.

Last day, relaxing skiing after a demanding tour the day before. In the morning we still have enough time for a final ski tour in the Pyrenees before we start our return trip. We end our last evening together with a cozy meal.

Drive to Lurd and fligh home.

Where and when do I meet your team?

Our team will wait for you at the airport. If you are arriving by land meeting point is also at the airport or elsewhere if you let us know where (this service is not included in a price). After the meeting, you will be transferred to your accommodation. Please note, that in some areas, due to a long drive to our base, we provide only one transportation per group, usually in the morning (Iceland, Georgia, Kyrgyzstan, Altai…). So take into consideration that one extra day and accommodation may be necessary.

Where do I meet my guide?

The guide will arrange a specific meeting location and time with you specifically. Most commonly, this location is at your accommodation or our base.

How much hiking up is involved?

Do I need climbing skins?

Yes, all of our ski touring tours require uphill travel, and skins are by far the most efficient way. Skins attach to the base of skis or split-snowboards, peel off at the top of the run, and get stowed in a pocket for the downhill fun.

Can I rent equipment?

You can rent equipment, but you need to inform us at least 21 days before the start of your program. Our trips are in remote areas where there are no shops or rental services, so we need to provide them from a distance. Please note that rental on the spot is usually not available. 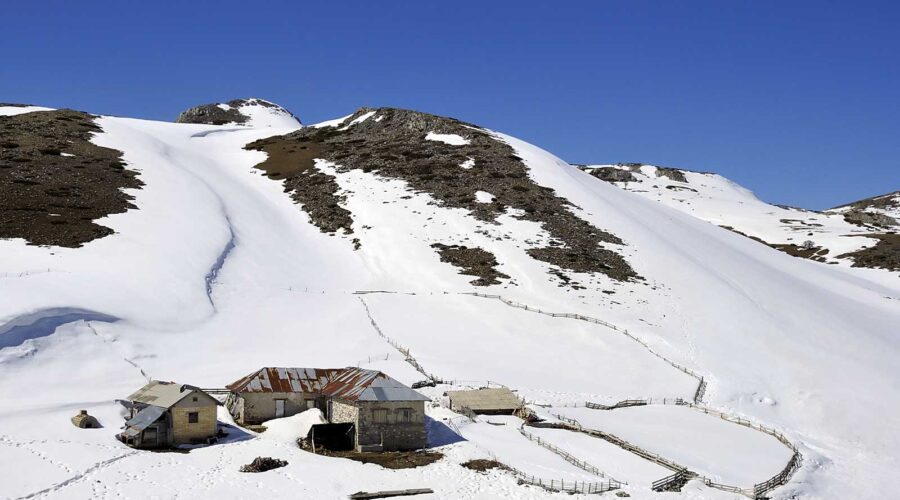 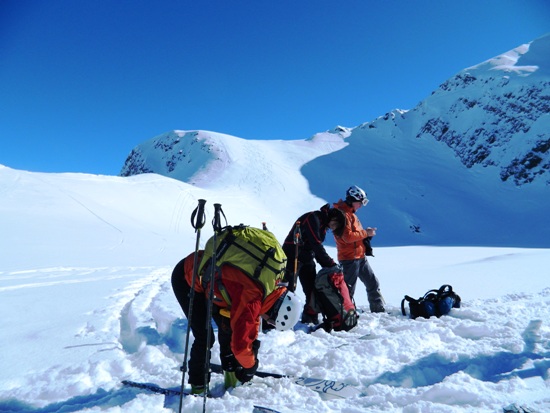